If you live in Northern Utah you will experience a great deal of snow throughout the winter. The thought of having to shovel or use a snow blower to keep his hillside driveway and steps clear was more than this homeowner was willing to face.  For this reason he chose to have Warmquest install a Hott-Wire snow melting system.  The areas of greatest concern included directly in front of the main garage and the stairs up to his front door. 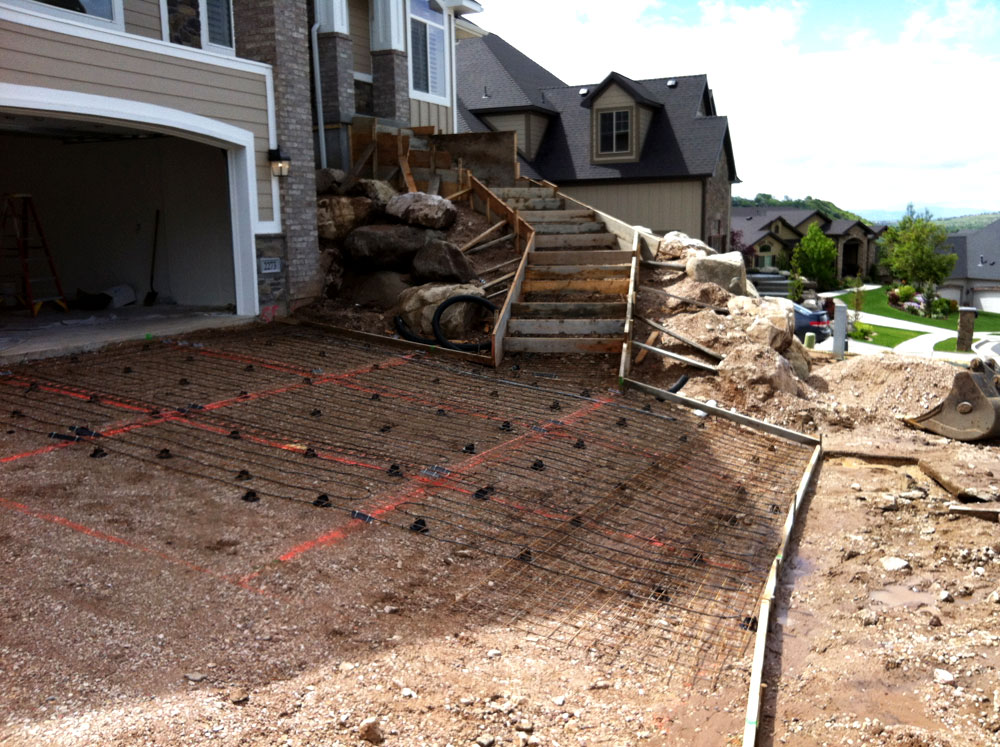 Using ASHRAE as a guide, Warmquest was able to determine that he would want around 33 watts per square foot in his snow melting system. To accomplish the desired output of 33 watts per square feet, a 24 watt per lineal foot Hott-Wire cable was installed on 8” spacing. The Hott-Wire was secured to welded wire mesh to keep the cables in place during the concrete pour. The welded wire mesh was then raised to 1 ½” to 2” below the surface of the concrete. This allows the system to perform at maximum efficiency.

The concrete contractor accurately marked on the substrate with marking paint the location of any joints that would be in the concrete. During installation the process the heating cable was installed in a pattern that would minimize the number of times the Hott-Wire cable would pass through a joint. Where ever the Hott-Wire was required to pass through a joint or between the rise and tread of the stairs, a MI cable jumper was installed to protect the cable from any possible concrete cracking that might damage the cable. This ensures the longevity of the Hott-Wire snow melting system. 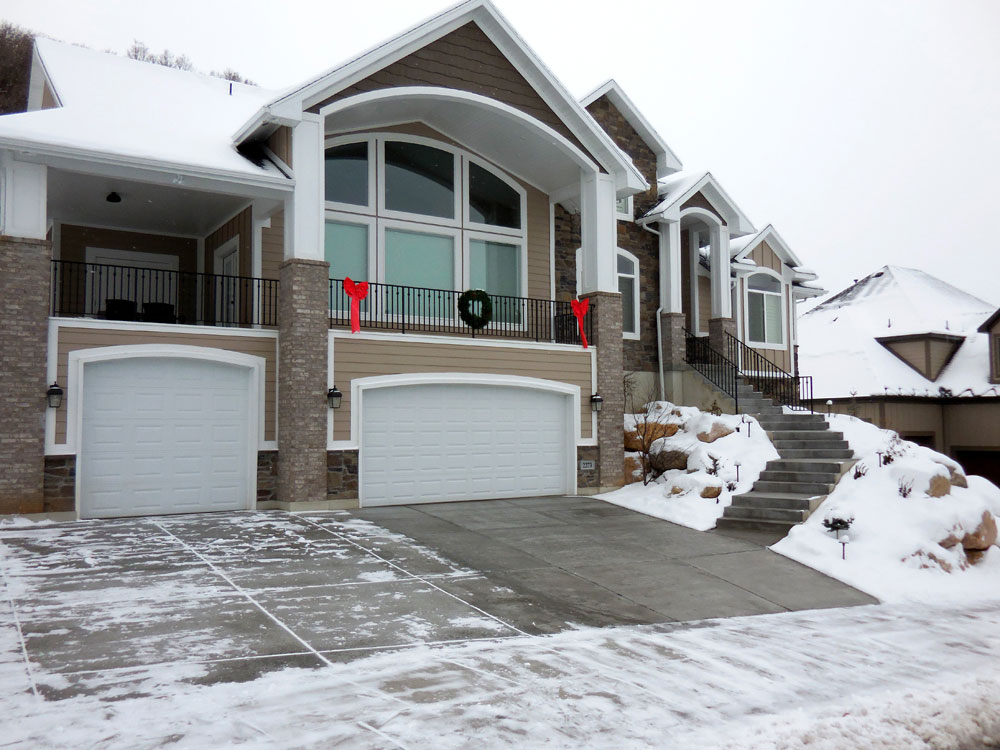 The Hott-Wire cables are powered through a M330-40G relay panel. This relay panel provides the GFEP breakers that are required by the NEC (National Electric Code). The relay panel also allows for individual control of the three heating cables that were installed. The relay panel is activated by a M431 in concrete sensor. The programmable sensor activates the snow melting system when it is below the set point temperature (usually around 38°) and senses moisture.  It will keep the snow melt system running through the storm. Once the storm has passed and there is no more moisture on the sensor head the system will stop or it can be programmed to run up to an additional 18 hours. This after run, as it is called, keeps the system running after the storm to ensure that all of the snow has been melted.